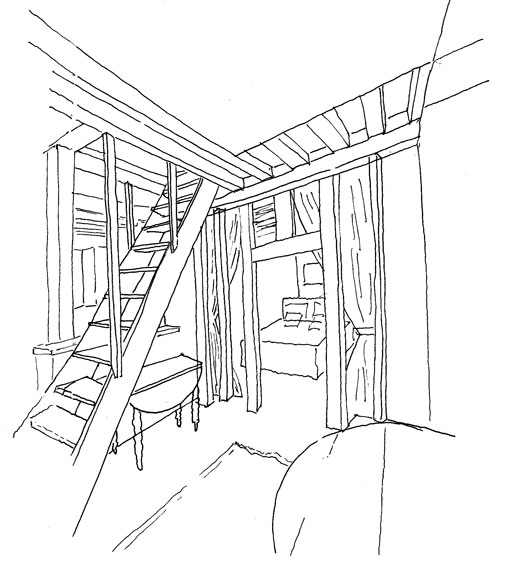 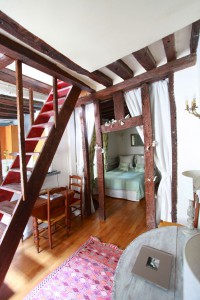 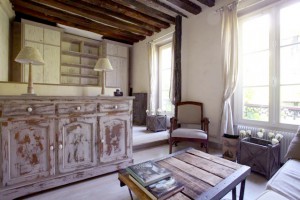 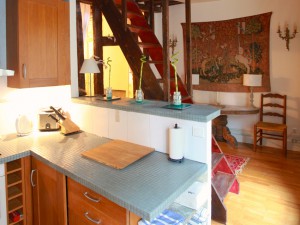 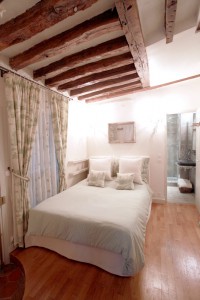 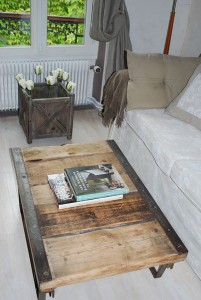 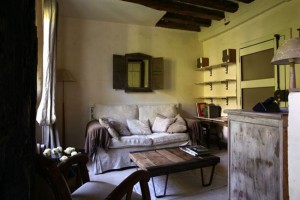 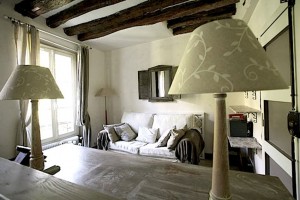 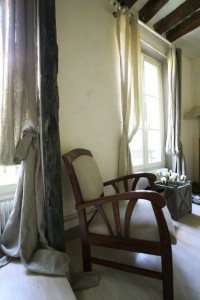 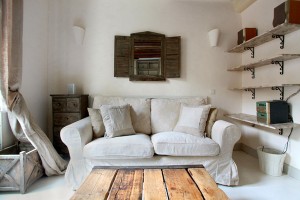 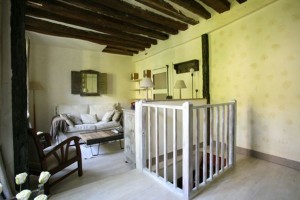 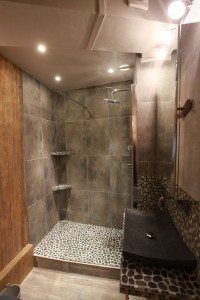 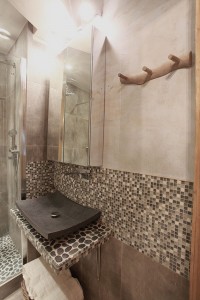 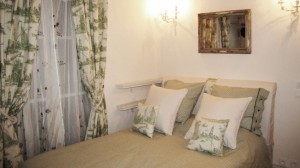 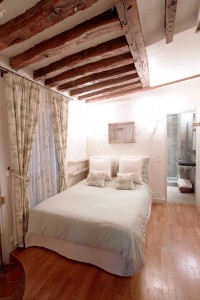 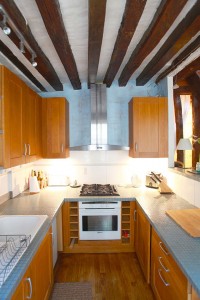 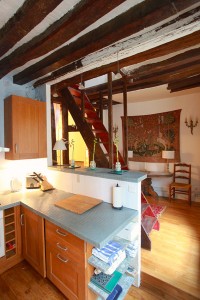 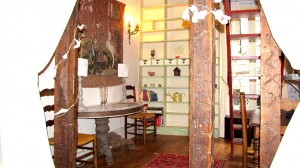 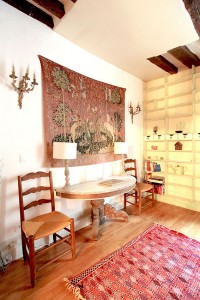 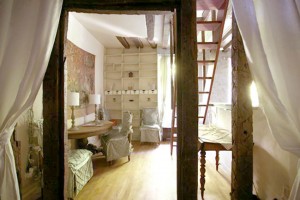 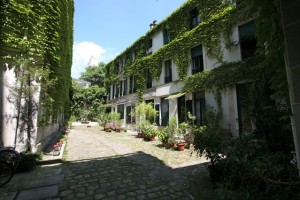 Style: French Classic/North African: The style of the apartment is 17th century-rooted with details demonstrating the owners Brittany-roots and passion for the eclectic.

Description: The apartment in the 17th century building in the Latin Quarter of Paris previously consisted of three tiny apartments: three one-bedroom apartments, two on the second floor and the other one on the third floor. After conversion, one of the two rooms on the third floor was a “study”, but actually it was nothing more than a big landing. Below, the living room was deep in the dark recesses of the apartment next to the bathroom. It was decided to move the entrance and living area upstairs where the light was abundant and, with some imagination, the possibilities were vast. A wall between the study and bedroom was demolished. Wooden beams were mounted on either side of the room to support the newly exposed ceiling. These beams were beaten, chopped and aged to look like the 17th century ones overhead. The wood floors were limed, giving them a buffed, transparent white finish that accentuated the light that flowed between the t s and shades of white’s married with textures like linen, chenille, jute, and burlap. Lime-plastered walls were adorned in places with delicate leaves stuck directly into the moist plaster, a contrast to the mostly rough materials that give the room its earthy feel.

Downstairs, set against the 17 century beams, the kitchen’s linear quality is enhanced by stark sea green tile, contemporary honey cabinets and stainless appliances. Walls are painted in an old world patina – a taupe base over which a Greek blue was applied. The wax finish to the wall renders a weathered look.

The non-descript stairs called for creative surgery. To make them match the many 17th century beams in the apartment, they were sanded, and then chains, hammers, axes and drills attacked them. Finally, after staining, the stairs look like they belonged there. An old Aubusson tapestry was hung above a Louis Philippe console that was found in a remote antique shop’s garden in La Perche, a rainy area abutting Normandy.

Beyond an opened “wall” of old beams lies the bedroom. A custom-upholstered bed sits between a window that opens to the inner covered courtyard of the building on one side and an armoire, painted with huge green leaves on the other. Green and white toile de jouy fabric drapes and pillows add a splash of color. Lime-plastered cream walls contrast the stark white of the bed. Behind the bedroom, a magical trip to Brittany awaits. Slate and Brittany stone cover the walls and floor of the Douche Italienne open shower, with it sloped floor and glass panel “wall”. A large open vasque in Bretagne granite serves as the sink. Wall faucets are inset in the multi-color mini glass subway tile backsplash. Done in a driftwood décor, everything from the flooring, to the WC, to the coffered tub to the cabinets and shelves is driftwood (faux driftwood). The lighting emits from portholes.